in which i admit what you already know

which is that i have the attention span of a four year old. sorry. i got bored.

it's a good idea though - i will try to post more day-to-day pics - i liked that it made me look at my environment in a more focussed way.

n is at a band practice tonight, but sadly this is completely wasted on me as there is currently no crap telly on at the moment. no call the midwife, no sewing bee, not even that awful hairdressing one (i truly have no standards). this has rather taken the wind out of my sails. i might have to go do something productive. 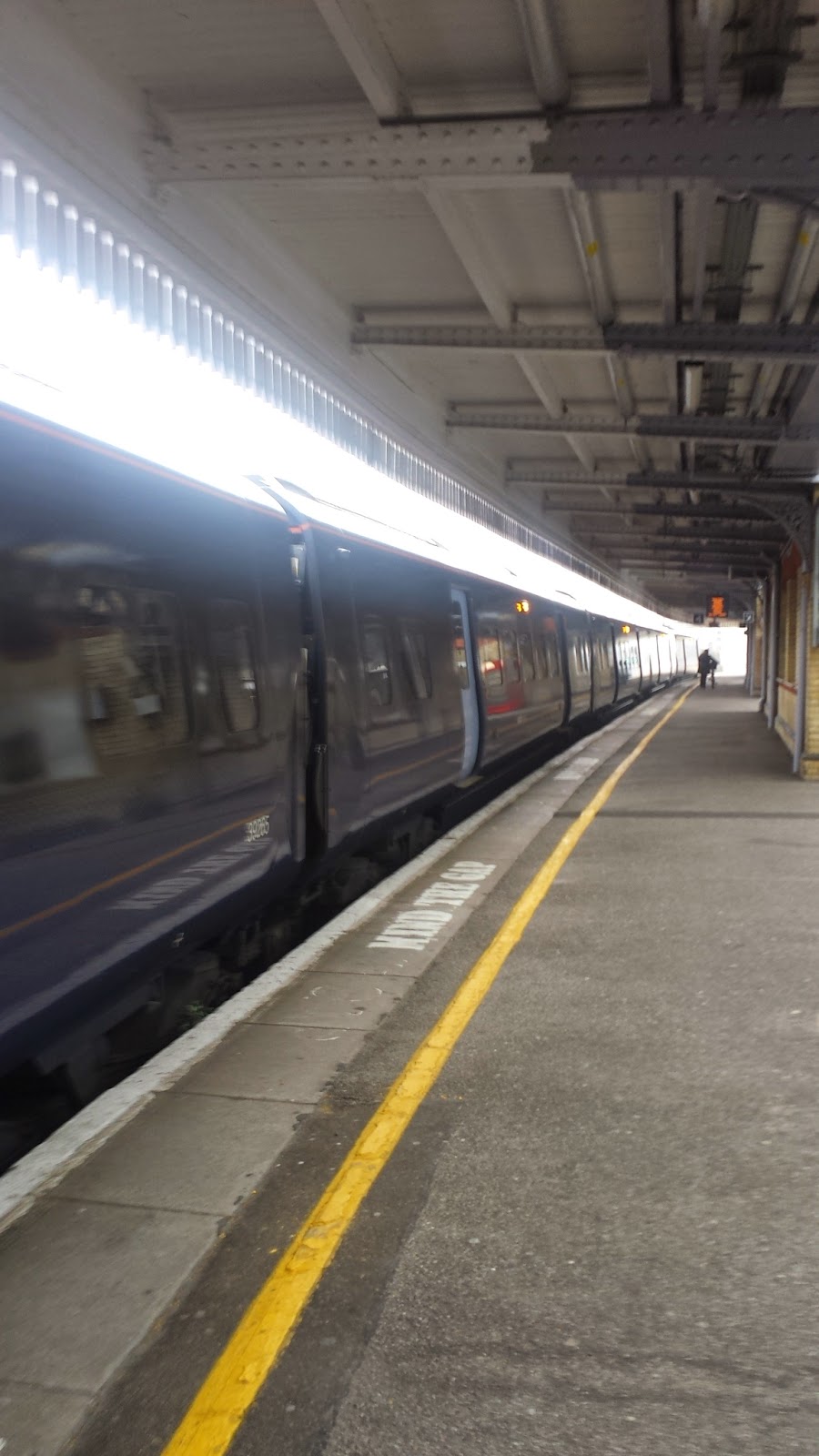 a day late. the photo, not work. this is my train (MY train - ha ha). commonly referred to in this house as BLOODY southeastern. i do love taking the train to work though. an hour each way to listen to books, sip coffee and read. really, what's not to like? should i spend those 2 hours doing that in my living room i would feel decadent and lazy, but on the train it's industrious. win win.

Posted by grapecat at 18:33 No comments: 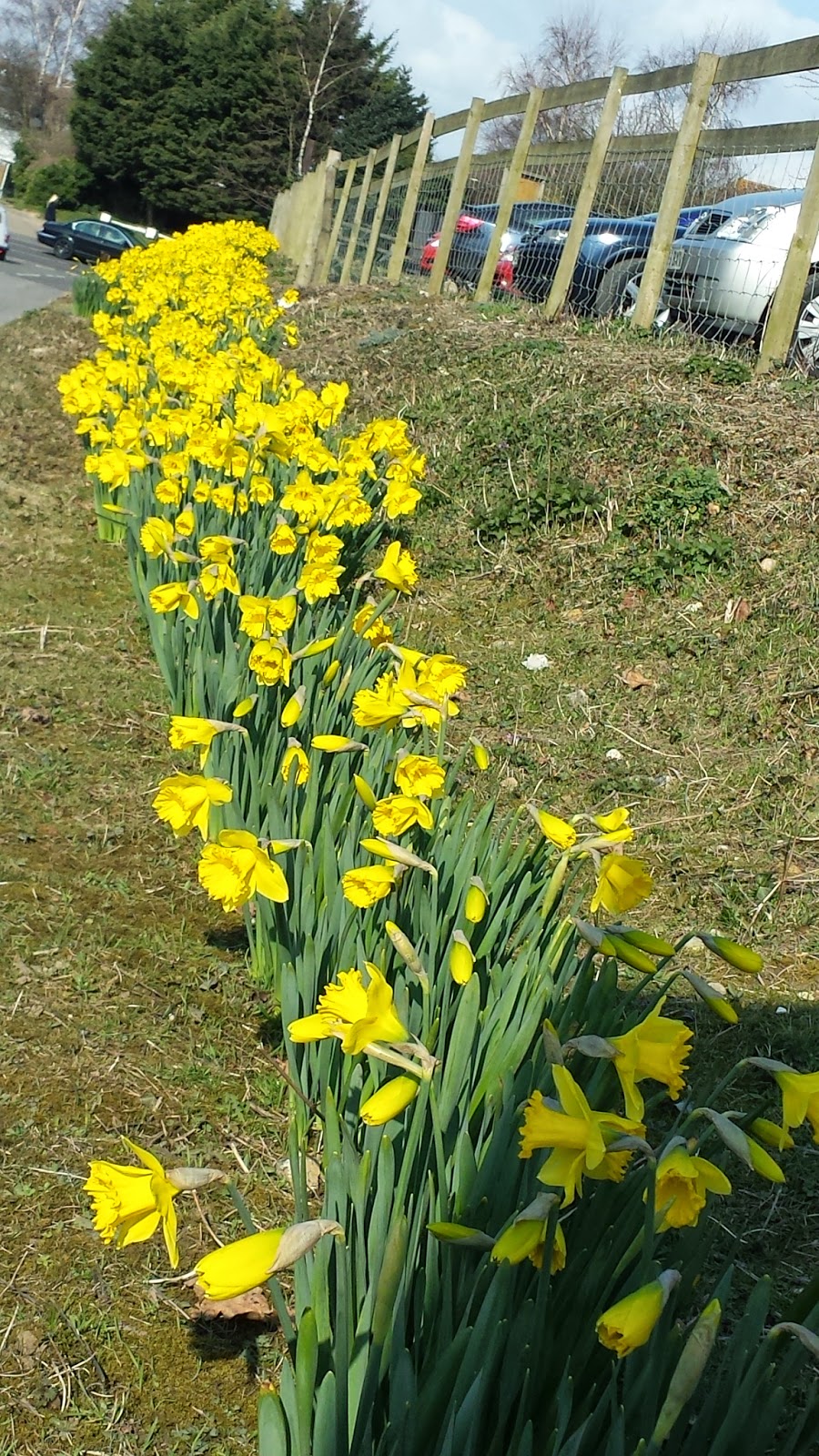 ok i cheated on this one - i took it yesterday. yesterday - when it was sunny and warm (if out of the wind) and spring seemed - if not imminent - then certainly a plausible theory. today it is once again abstract. it is dull and grey and freezing and damp and the whole lot is gusting about horribly. the only people out in the park this afternoon were dog owners, and neither beast nor man looked very happy about it.

i took this yesterday and emailed it to my mom for several reasons. daffs are her favourite flower, and always remind me of her. also she lives in winnipeg and at this time of year, when you live in winnipeg, it's good to be reminded that there are parts of the earth that are not frozen, and that the seasons still appear to be working so she should hang on because spring is really right around the corner.

i didn't realise that within a day i would be in need of the same reminder.

Posted by grapecat at 15:40 No comments: 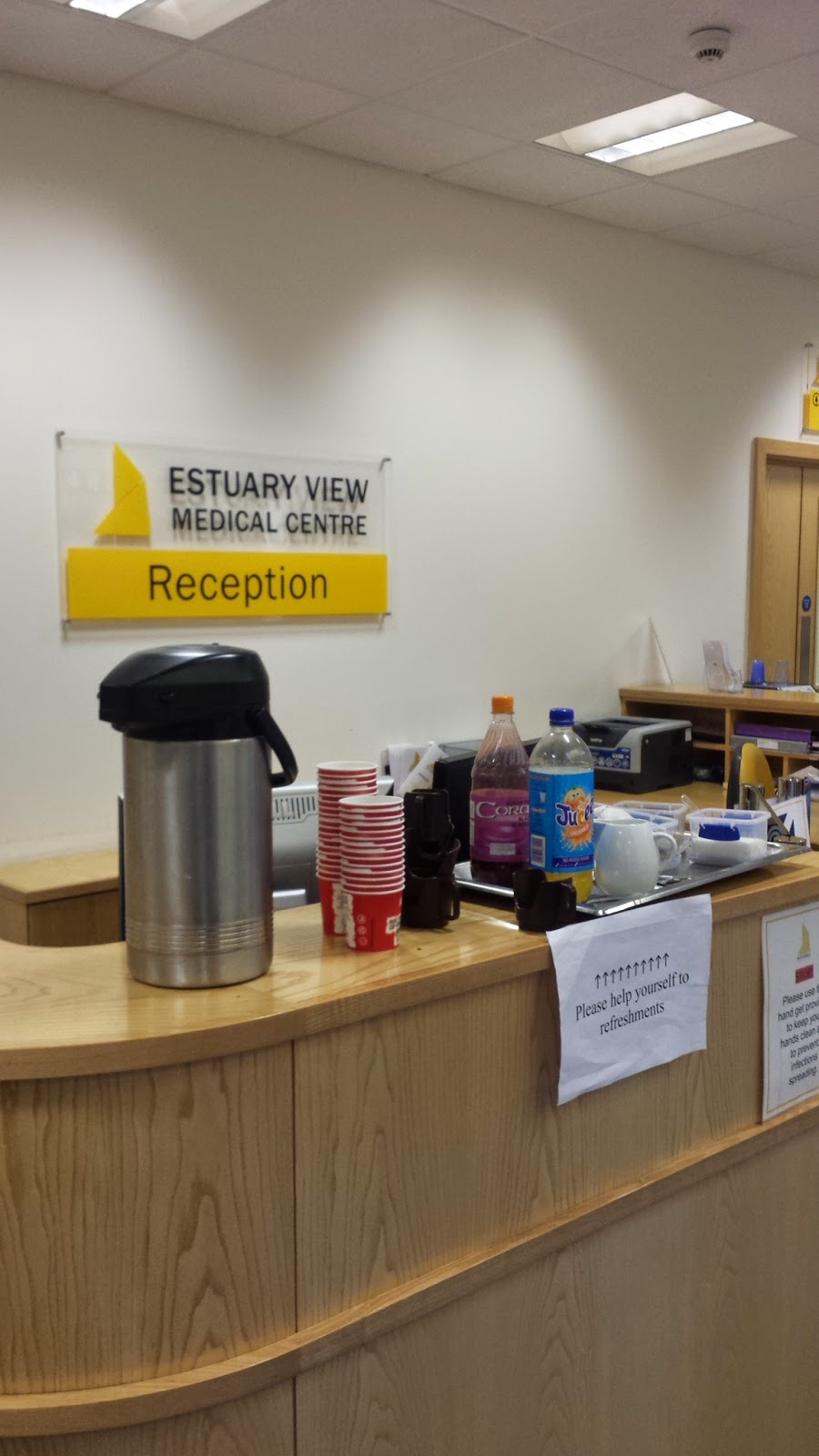 n had his second cataract surgery today - it's like clockwork in here. in - wait - nurse - wait - surgery - out and home. he is recovering well - fingers crossed. this being britain, there is always tea, in some fashion or other.

Posted by grapecat at 20:32 No comments: 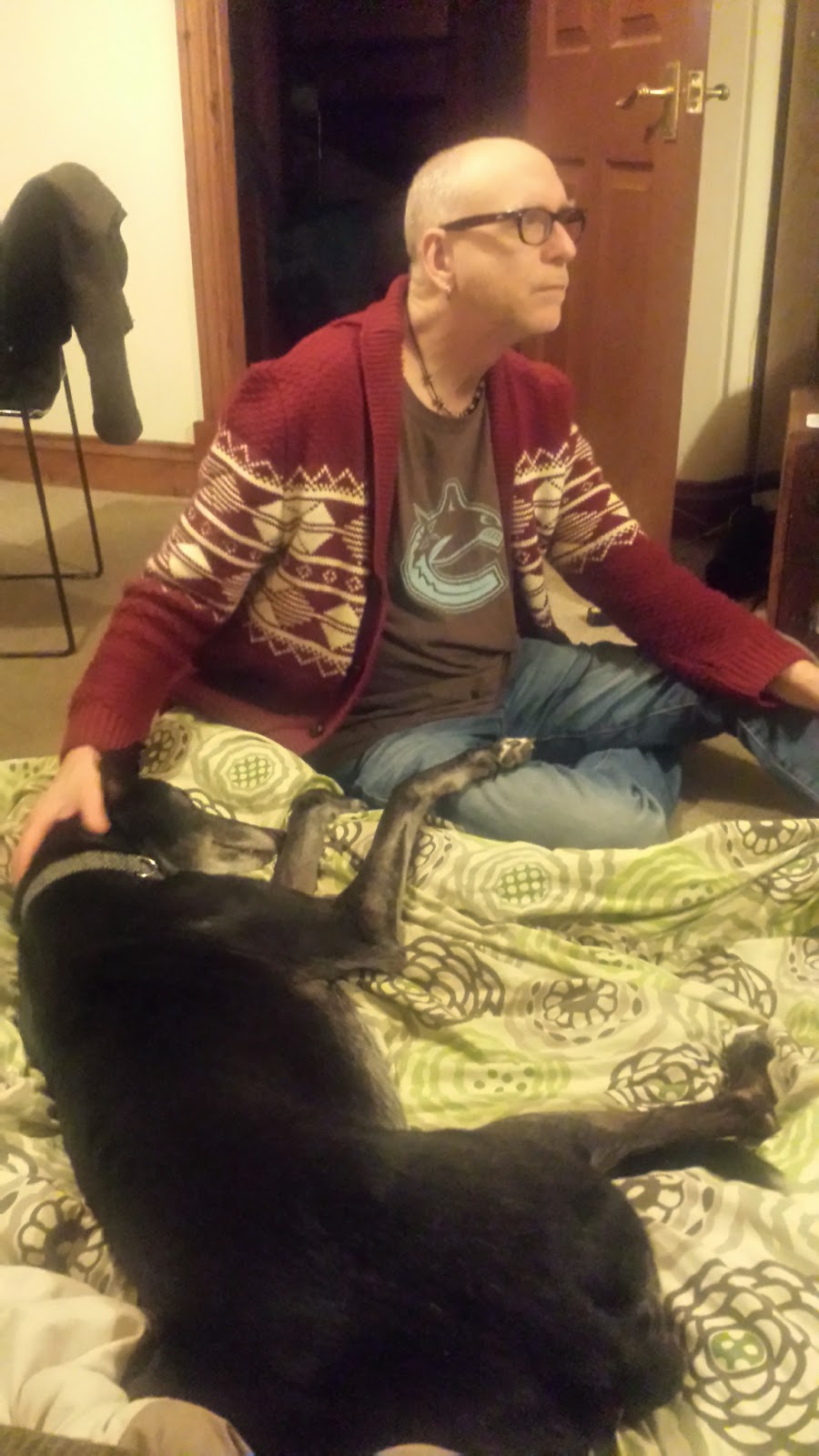 he was sitting in his nice comfy chair but humph was giving him the big eyes, the tail thump, and the paws-in-the-air entreaties and n was powerless to resist. so here he is, sitting on the floor, watching telly, and soothing the hound. 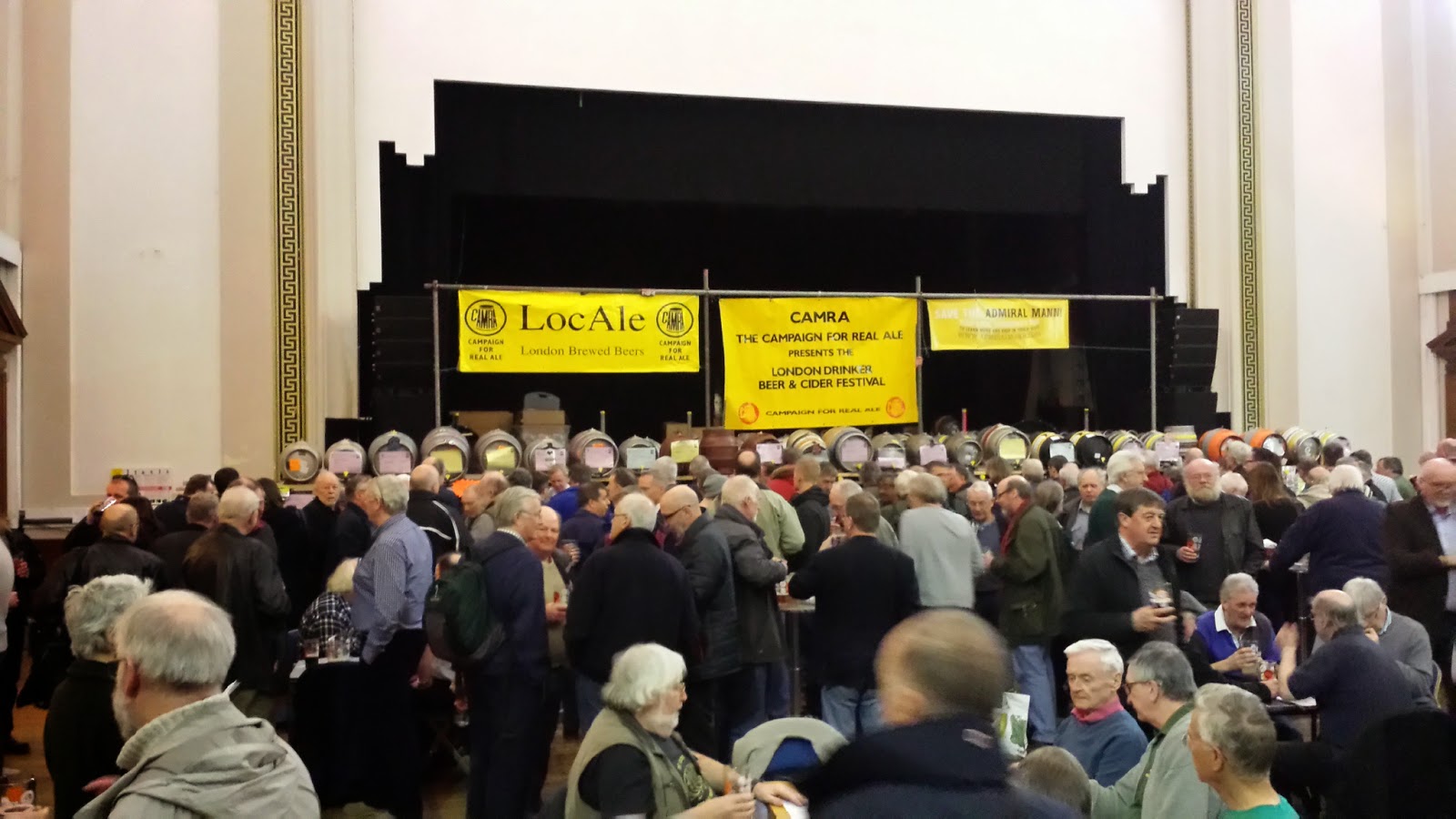 this is the london drinker ale festival, held in the camden centre (which, happily, is next to one of our main sites). two of my colleagues and i tool a half day and hit the lunch session, there were a lot of grey haired, bearded men there. it would have been easier to count who wasn't grey and beardy.

for the first time, there were more london breweries than the rest of the uk. there's been a large increase in micro and craft breweries which is great to see.

a few men seemed unhappy at seeing "others" at "their" festival, but generally, most were very welcoming, if a wee bit patronising at first. but, in a conversation, as soon as they realised i liked beer and knew a bit about it, they were lovely indeed. a fun afternoon, and educational.

i now need to gulp down supper (and a lot of water!!) and go play bass trombone in the first brass band concert of the year.

what could possibly go wrong???!
Posted by grapecat at 17:56 No comments: 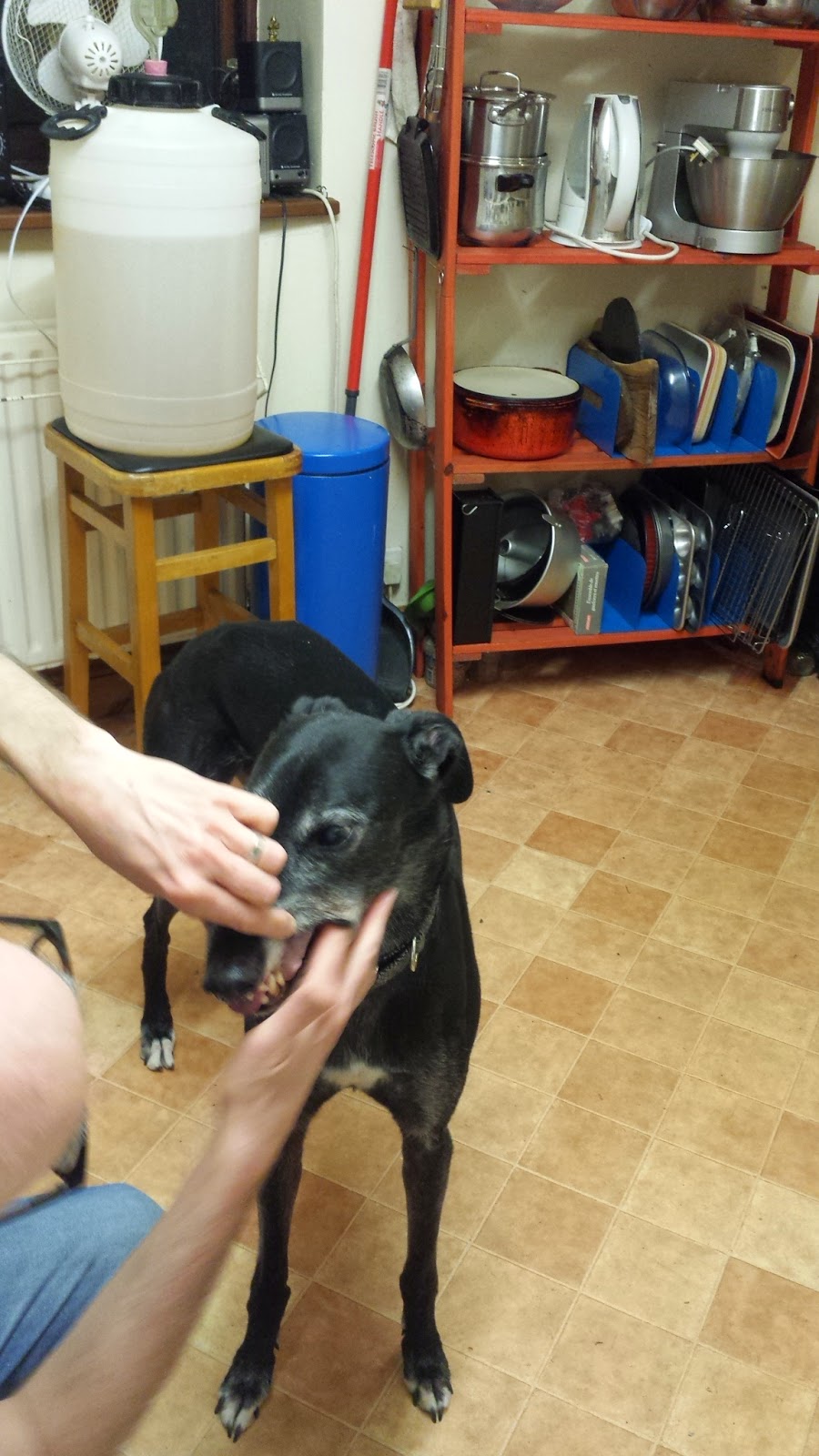 teeth brushing time. or, more accurately, gum rubbing time. note the pissed-off ears. he only puts up with it for the cheese.

Posted by grapecat at 20:32 No comments: 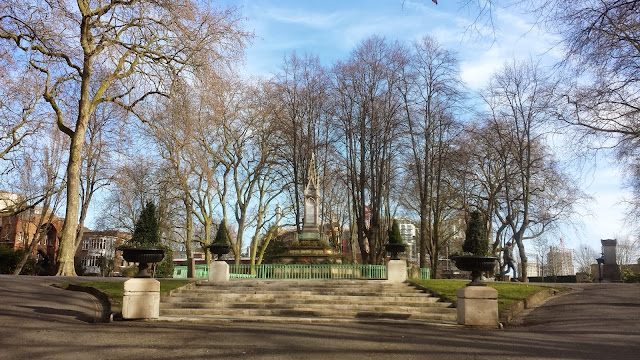 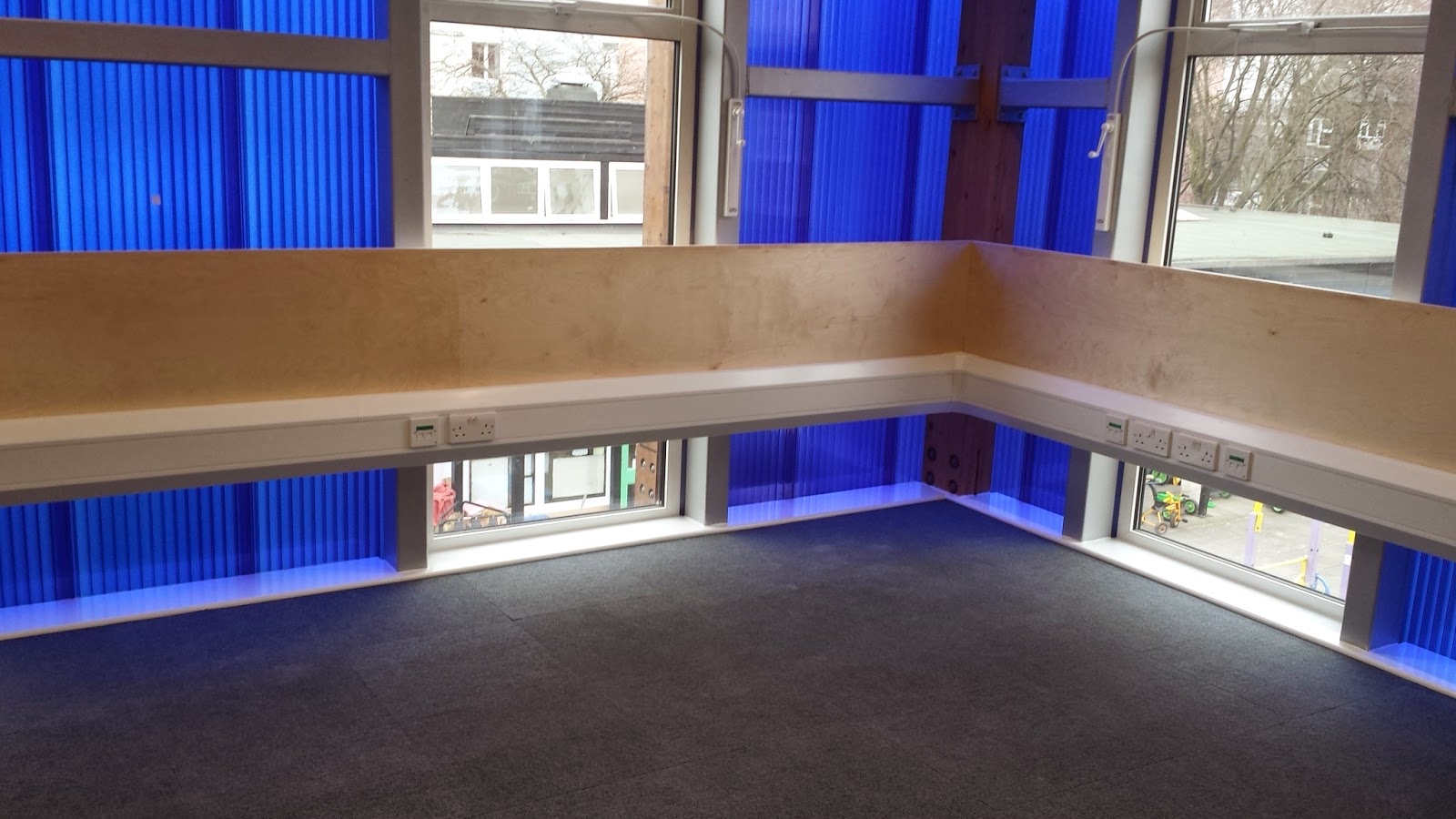 i forgot today's theme entirely, and just when i thought it was too late, i remembered that i had been taking pictures this afternoon of a new play centre office we're renovating at work. the pictures were entirely utilitarian - these are just to remember where the plug socket and data ports are so i can write up a patching schedule and get the correct ports live for when the furniture is delivered and built. that'll do nicely! (phew)
Posted by grapecat at 21:25 No comments: 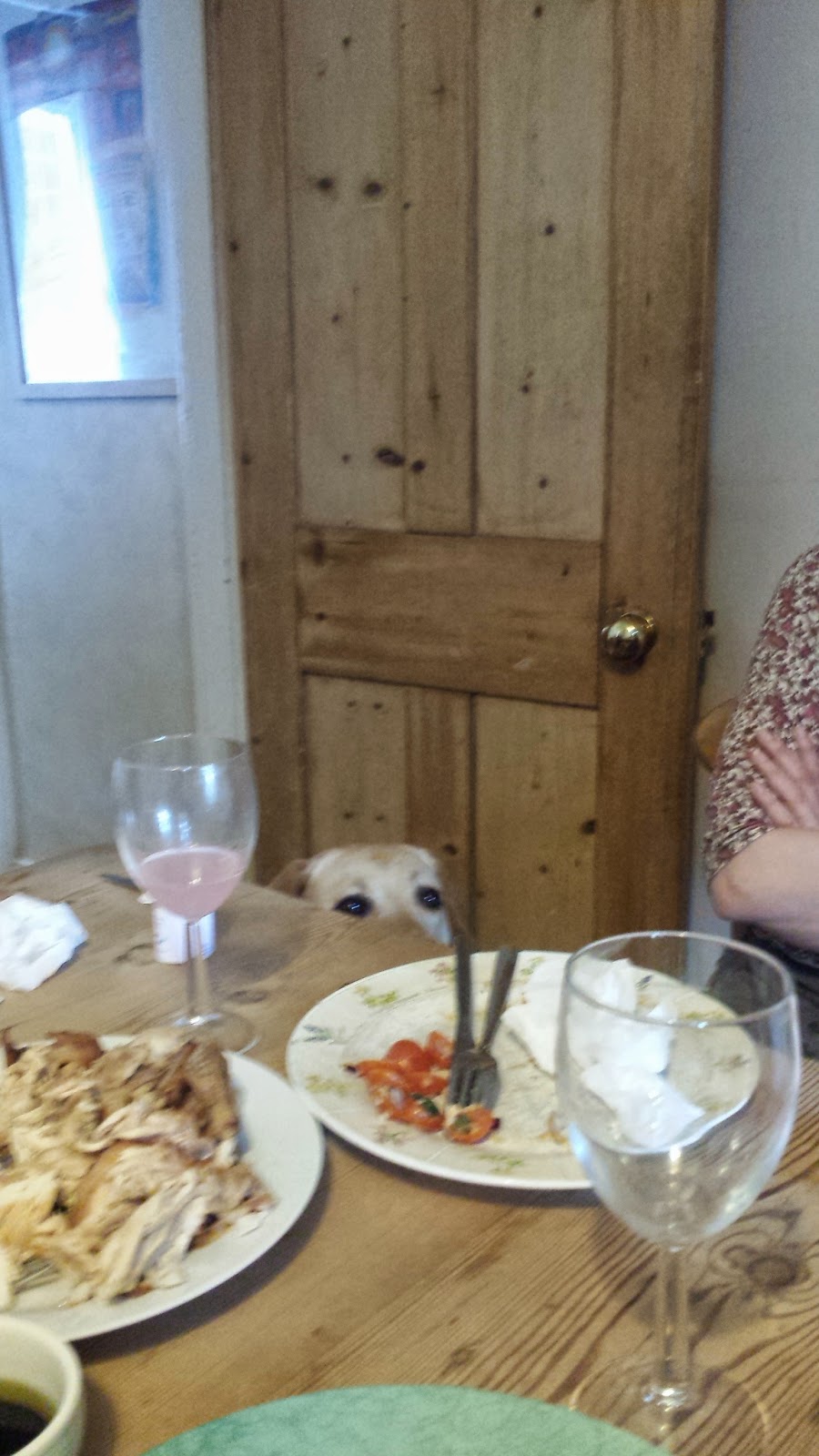 sunday lunch at h's with cinnamon.
Posted by grapecat at 15:56 No comments: 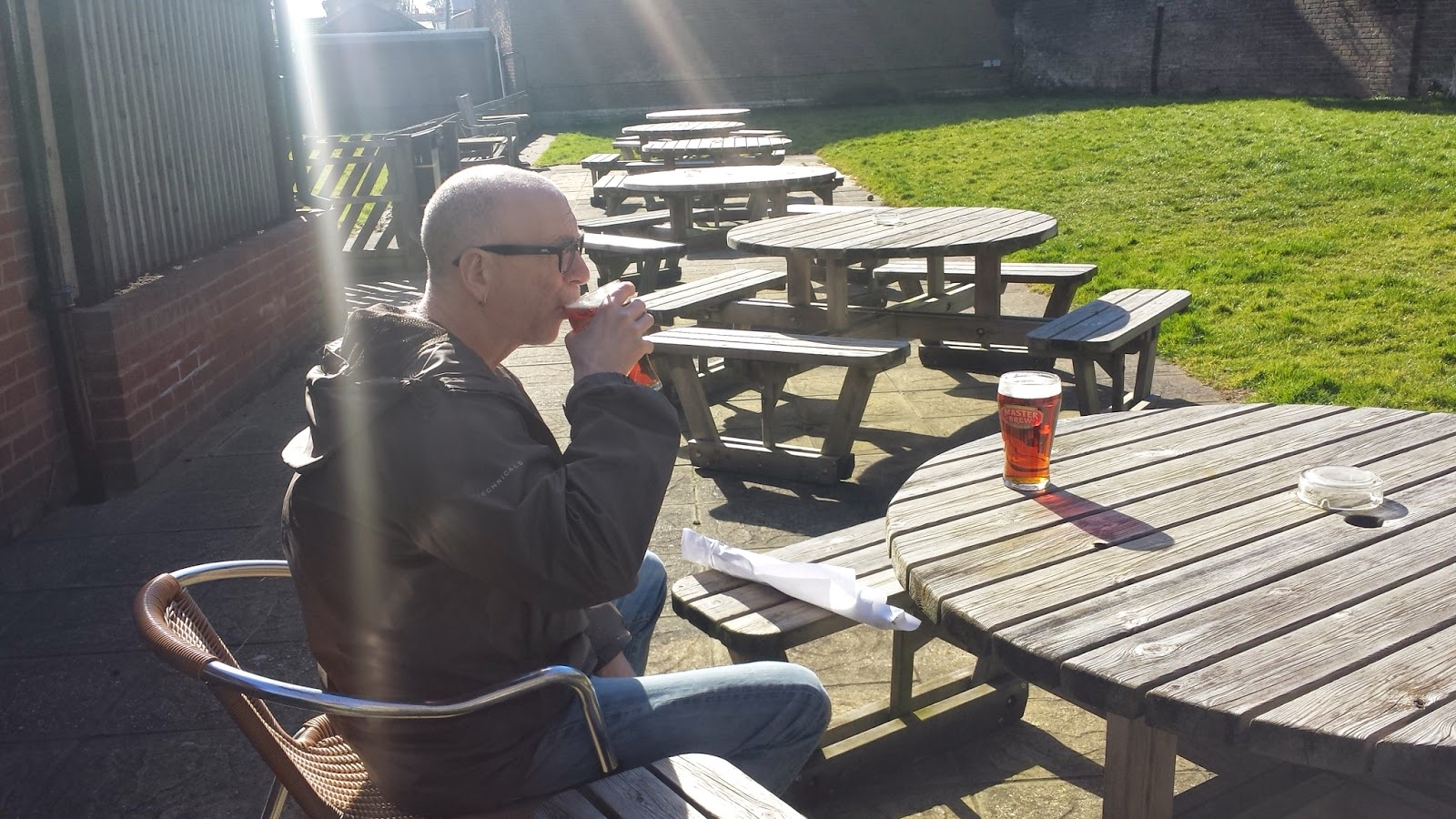 it's spring!! spring, i tell you - spring!! we sat in a beer garden and everything!!!

n points our that really it's just a mild end of winter. he is pedantic to the point of lunacy over the season start and end points. in n's world, it is not spring until 21 march. it drives him crazy that when the clocks go forward here in the end of march they call it "british summer time". i tease him about this incessantly, of course.
Posted by grapecat at 15:19 No comments:

or in this case - quite literally on humph's mind: 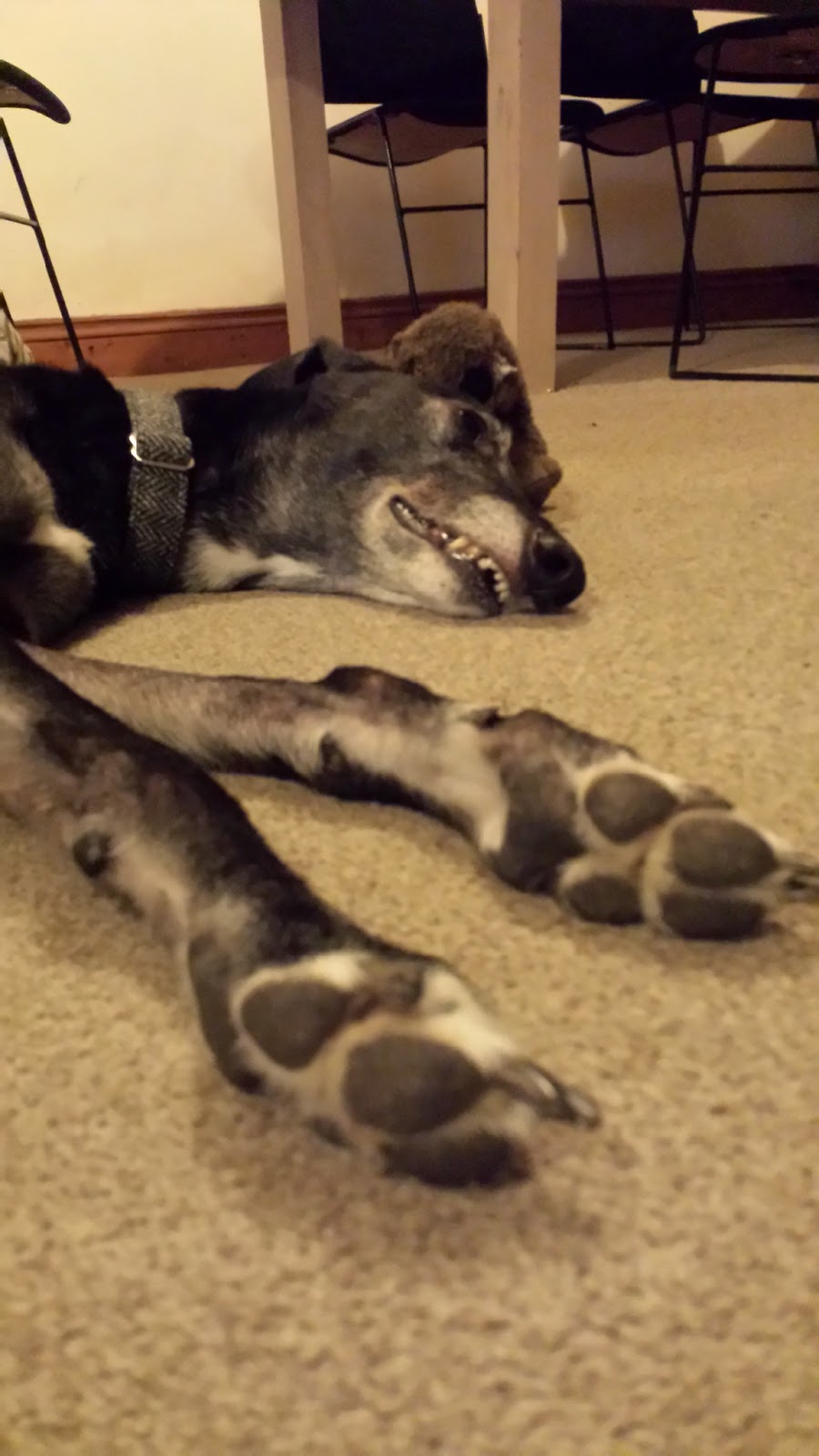 this is his beaver stuffie. although it is old it is currently stuffie number one. it doesn't squeak anymore, but that is immaterial as he just cuddles it and nibbles off all its fur. quite the noise, fur-nibbling. pervasive. unique. i suppose we should be grateful that nothing else makes that sound.

on my mind is spring (the hopeful advent of - perhaps tomorrow? the met office says a high of 12 but faversham weather station has gone all out and is predicting 18), what to make for dinner tomorrow night when friends of ours are coming over (roast chicken i think, with chestnut soup to start and an elderflower cake to appease the nascent spring), whether or not it is a good idea to have more wine when i have to run tomorrow morning (or more accurately, how much more wine i can have before i will seriously regret it in the morning), and, more generally, the link between time and money and the rather more emphatic results of decisions made on theoretical principles.

happy friday peoples x
Posted by grapecat at 20:00 No comments: 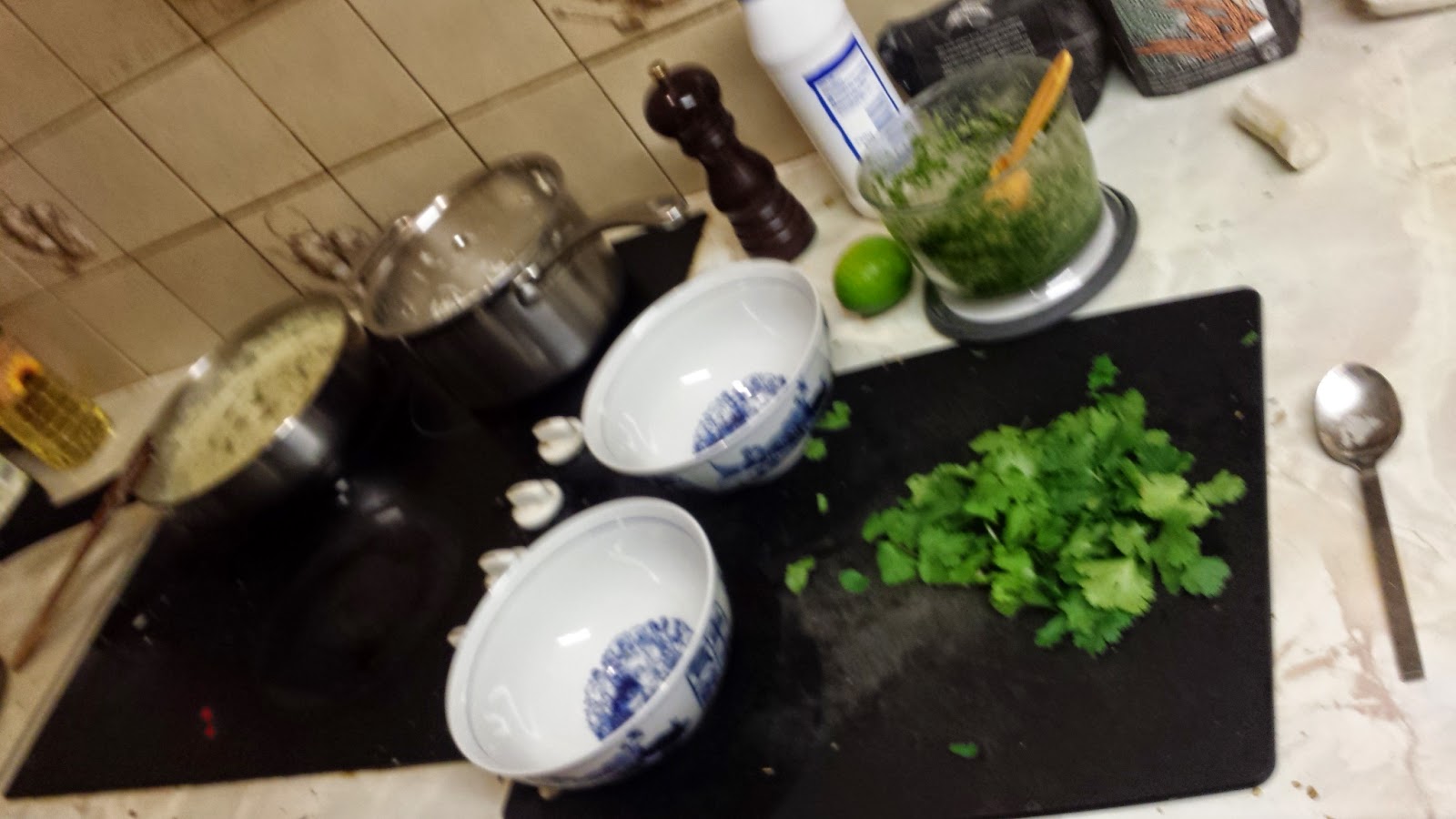 salmon and shitake green curry. life may be uncertain but supper will be delicious.
Posted by grapecat at 20:10 No comments: 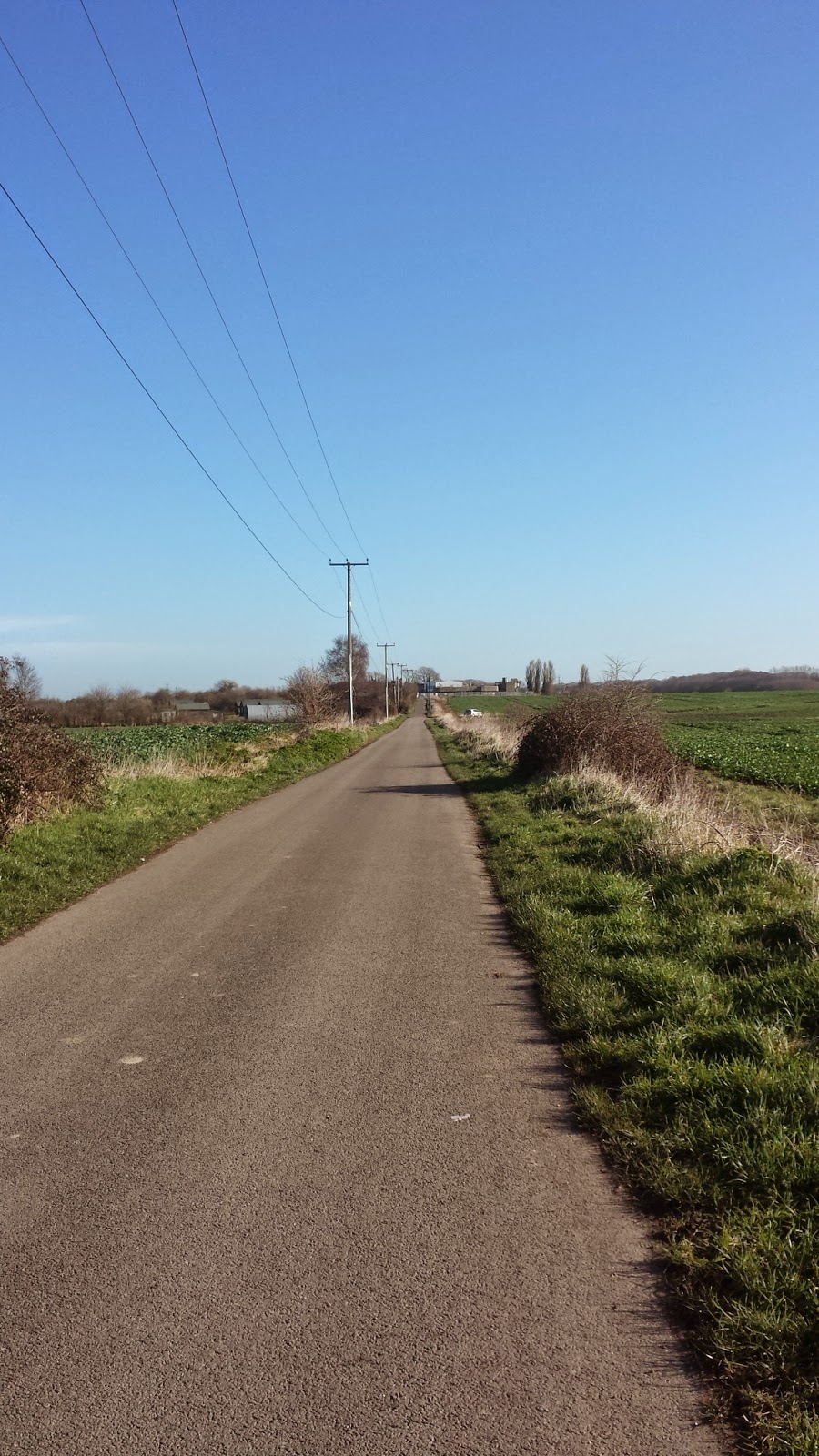 this was the view 1 km into my morning run - i run to the end of this road and back. it was sunny but windy. i was listening to tom petty singing "love... is a long long road..."

Posted by grapecat at 10:20 No comments: 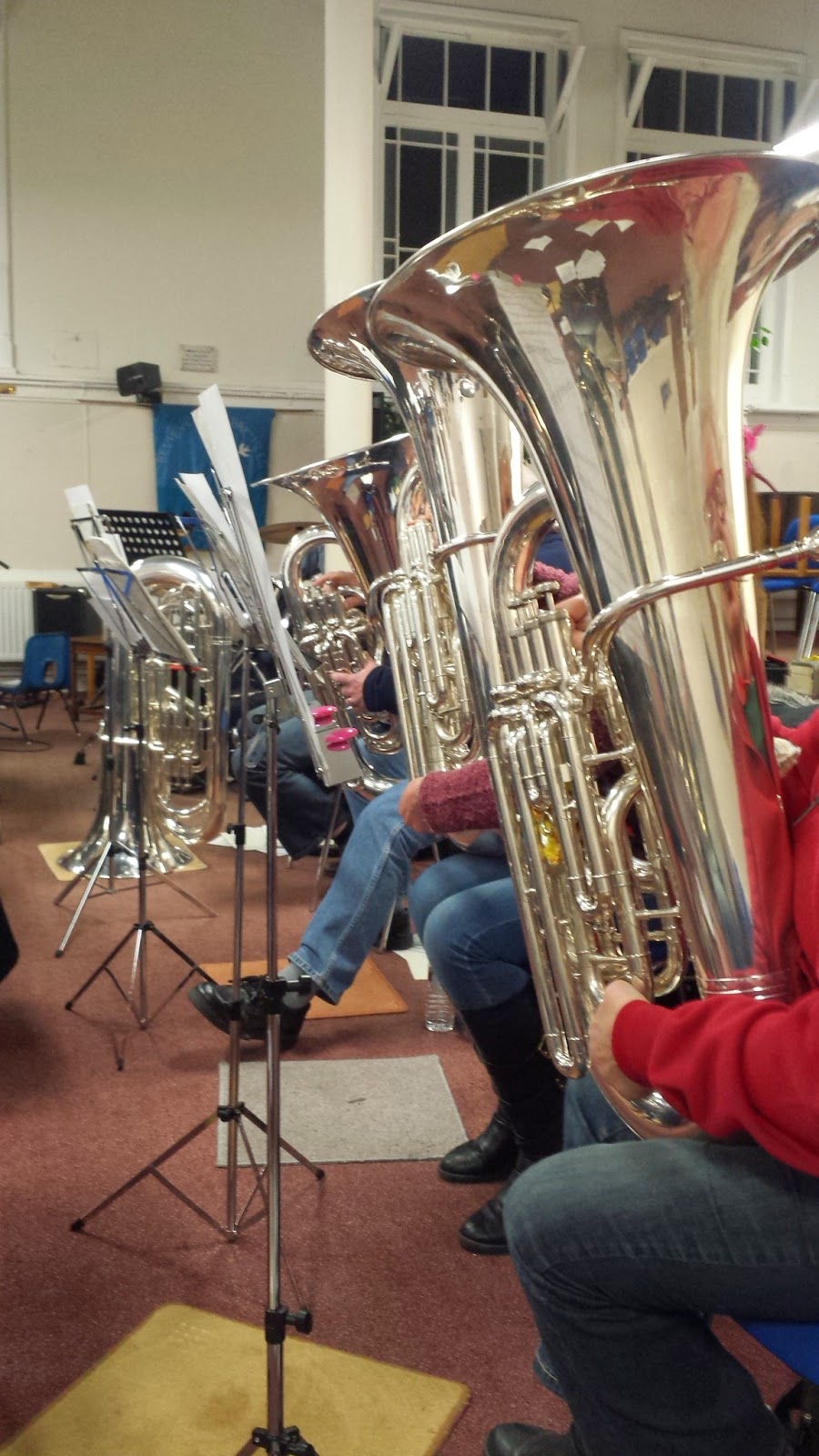 tuesday night is brass band practice. this is my view to the right. we have a concert next week so it was a tough session tonight. you have to blow hard to hear yourself over 4 basses!
Posted by grapecat at 21:50 No comments:

ok not starting so well as missed yesterday entirely!

well better late than never - so - 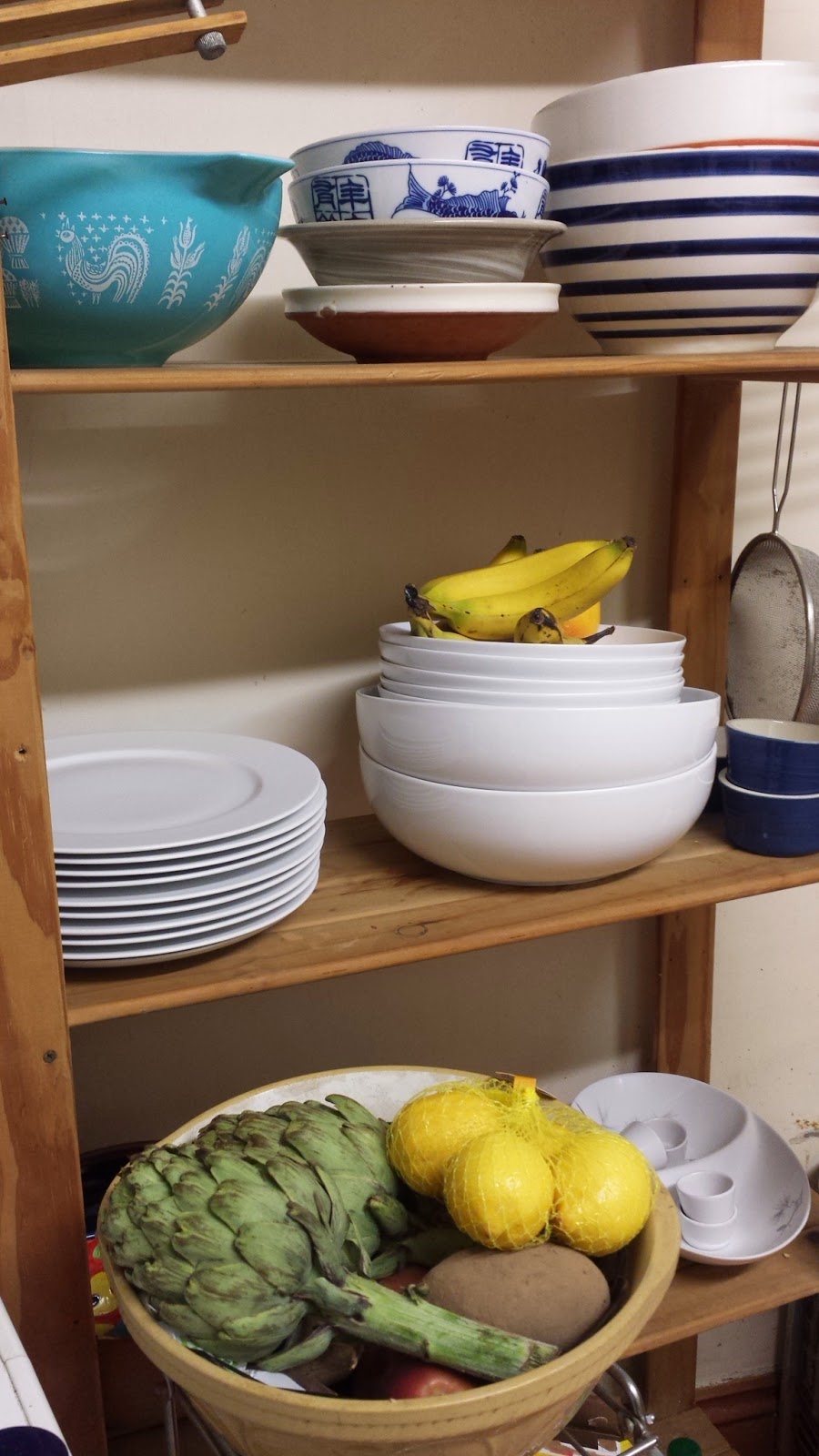 the lovely artichokes are the result of n learning the hard way the difference between globe and jerusalem artichokes. the jerusalem ones are being roasted for a spring salad for dinner tonight. not sure what we'll do with these two beauties - any suggestions?
Posted by grapecat at 17:29 No comments: 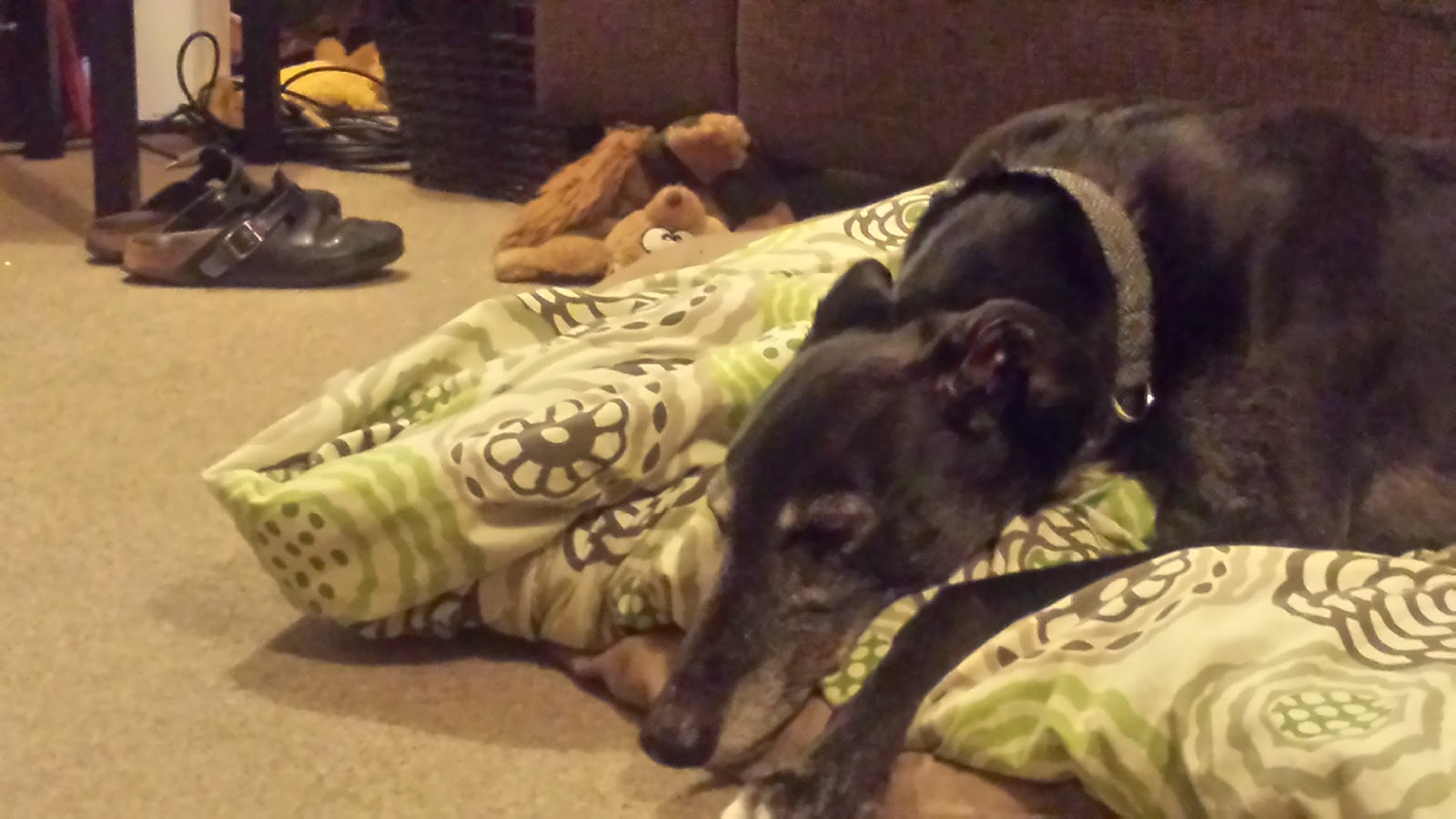 i've had these shoes since i was 18 - well the top bits anyways. the soles and cork have been replaced a few times. i still love them. i am always kicking them off here so i can put my feet up and knit while i watch telly, and in the morning i can never find them.
Posted by grapecat at 18:49 No comments: 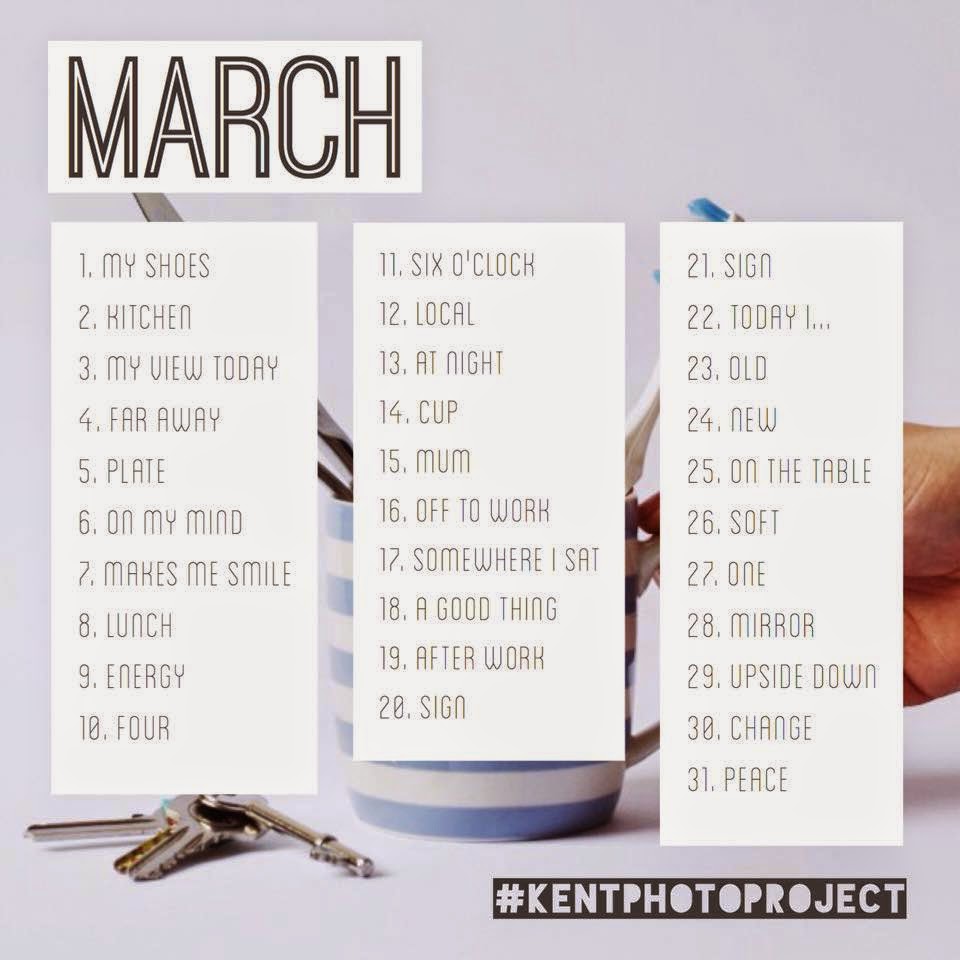 well we all know how rubbish i am at seeing through - well - anything! but i'm going to give it a go! I think this idea is really lovely so i will try to keep up and post my pictures here.
Posted by grapecat at 10:33 1 comment: