Posted by grapecat at 19:02 No comments:

and an unfortunate author name... 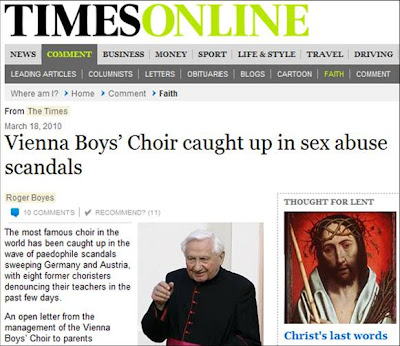 well of course it is! 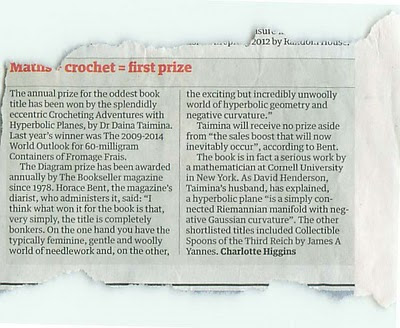 "the sales boost that will now inevitably occur..." !!

Should you have kids? 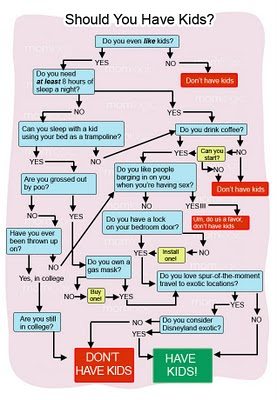 Posted by grapecat at 15:30 No comments:

i actually did this once. ok - not exactly, but with eerily similar overtones. and of course, i'm not a cat (i really shouldn't have to be drawing attention to this sort of detail).

the "well crap" moment i am referring to took place many years ago in my parents' house in vancouver. i still lived there so i must have been around 15. the house had an entrance on the ground floor, but the living area was on the first floor - reached by a rather steep staircase with one 90 degree turn about one-third up. there was a ceiling light above the bend, which had burned out.

my family is not the sort of family that have ladders. we don't really do diy, or gardening per se. i do, now sometimes, but growing up - these things were things that "dads in garages" did. we didn't have a garage, and if we did, my dad would have used it as ancillary book storage.

so the ceiling light had burned out, and it stayed burned out for lack of said ladder. one day, i decided that i could fix this without a ladder. i was home alone (a simple fact that would later have frightening and humiliating consequences) and bored. this was a fairly constant state of mind for me as a teenager which, looking back, would have been completely alleviated by the internet - but alas, it was 1989.

the reasoning behind my confidence lay in a thin dado rail that ran around the stairwell walls at the level of the top stair landing. i found that, in sock feet, i could balance one foot on each side of the dado railing and edge out over the stairs towards the light, crab-style. i held the replacement light bulb - gently - between my teeth, and edged out over the stairwell towards the light fitting, until i could grab it for balance. I unscrewed the defunct bulb and screwed in the new one.

"i must switch it on" i thought, and then realised to my horror that effecting the same maneuverer backwards was going to be rather more difficult - nay, impossible. i couldn't turn around on the narrow rail, and without something to grab for balance, i couldn't move without risking falling fifteen feet onto the steep staircase.

my parents, as i remember, were not as surprised as one might expect to return to their home and find their daughter balanced precariously 15 feet above the stairwell, spread-eagled, clutching the light-fitting and, it must be admitted, pretty pleased to see them. i don't remember them laughing at the time but i may have been too busy trying to get the circulation back into my numb feet.

i would love to say that's the only time i completely mis-judged spatial ratios but unfortunately that was only the beginning...
Posted by grapecat at 19:04 1 comment:

a very good swimming lesson this morning - 15 minutes of uncoordinated humiliation followed by - eureka - by jove i think i've got it! my back stroke is now passable. needs practice but passable.

i feel euphoric after these lessons - it may be just be endorphin rush but i think the joy of the pool is part of it. i've always loved swimming - i was constantly being hauled protesting out of the water swearing blind through blue lips and chattering teeth that i was not cold and should be permitted to continue.

anyways this week i shall go after work and do the grown up lane thing and we'll see how that goes. until then, back to happy aching. (oh yes, muscles i didn't know i had - that would be pretty much all of them)
Posted by grapecat at 11:35 1 comment:

i'm disgruntled and i have no real right nor reason to be which is not helping. an almost sore throat that won't quite go away and days of carrot sticks and apples do not a gruntle make. or something. go ask aesop.

work - still boring. even though i have a bit more to do i am so used to being bored it's hard to snap out of it. the moment has passed. i'm so over it.

new exercise regime - see sore throat above. although i did walk for ages yesterday which should count.

new resolution to eat only carrot sticks or apples for snacks instead of the calorie festival of carbs i've been entertaining every (boring) afternoon at work - what was i thinking?? no wonder i'm bloody cranky. and i'm still fat and it's been 3 whole days. gruntle gruntle gruntle.

and i can't even drown my sorrows cause it's only wednesday and i will never never get thin(er) if i keep knocking back wine at this rate. you know how long you have to run to burn off a glass of wine? don't - it'll make you cry. srsly. both the knowledge and the running.

and it's still bloody freezing out.

literally. i just got back from my first lesson with jackie, a very patient woman who is endeavoring to teach me to swim properly. i can swim, like a fish - an ungainly fish with a propensity to cavort and do handstands. i thought i would just need a refresher on basic strokes that i learned as a kid, but it quickly became apparent that i have no idea what i'm doing. i have swallowed gallons of chlorinated water and i am already starting to ache in muscles that haven't been used for quite same time. i can certainly see why swimming is such good exercise - i'm exhausted!

i will now tuck into a marvelous full english breakfast that my beloved is cooking and undo all that hard work!
Posted by grapecat at 11:26 No comments: