me: i just worry that i'll end up old and broke and eating cat food
helen: no that will never happen. cat food is really expensive. you wouldn't be able to afford cat food.
Posted by grapecat at 18:19 2 comments:

the tankerton arms is a micropub - no more than a room really. this has become a bit of a thing in kent lately - micropubs serving only real ale, cider, and a local wine. there is even one in faversham, but the tankerton arms in tankerton is my favourite by a country mile.

the loo is tiny. there's not enough room to even see if it is occupied or not so when you go in you hit a switch that turns an outside light from green to red, thus saving both embarrassment and a door-to-the-nose.

the walls of the loo are lined with the pictures of patrons dogs, all named, all framed. it's a loo of love. 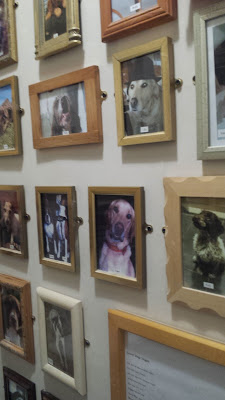 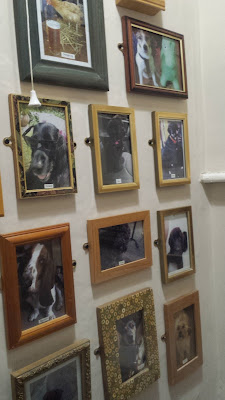 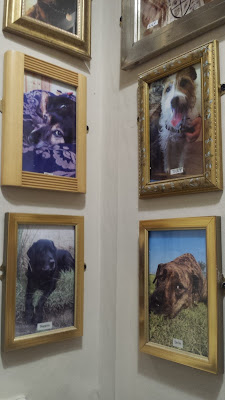 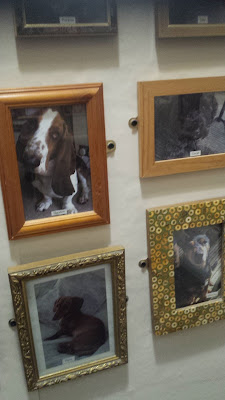 we met a friend of ours walking his dog in the park today as we were coming home from the market. he was asking when we were getting another dog, and when we hemmed and hawed, he told us that they had waited 18 months after their first dog had died before they got another one. they thought they'd like the freedom, and they did, a bit. but when they got their next dog it just felt like they had wasted 18 months.

we've been talking about dogs again - we just couldn't face it right away - humph still has a rather large chunk of my heart sewn up - but maybe our friend is right.